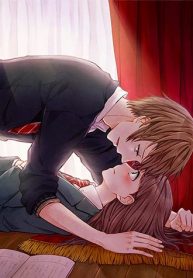 He said he’d stop one second before we kiss So why are we really kissing right now!? My first kiss is on stage performing a play! We’ve been friends since we were kids, and Izuru’s always bossing me around. I have to write the script for our school festival play, which is a relief because at least I can steer clear of Izuru, who’s playing the leading role of the prince. But on performance day, the princess gets sick, and I have to take her place! I’m dreading the final kissing scene. We’re just supposed to pretend, but now our lips are touching! I know it’s Izuru but he looks like a handsome prince, and he’s actually kinda hot